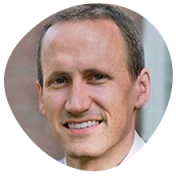 Sterling is a longtime developer of autonomous vehicle technology. In the late 2000’s, he developed the MIT Intelligent Co-Pilot, a shared autonomy framework that paved the way for broad advances in cooperative control of human-machine systems. In 2014, he joined Tesla, where he led the design, development, and launch of the Tesla Model X, then led the team that delivered Tesla Autopilot. In early 2017, he co-founded Aurora with Chris Urmson and Drew Bagnell to bring the benefits of this technology to market safely, quickly and broadly.  Sterling holds several patents and over a dozen publications in autonomous vehicle systems, and an MS and PhD in Robotics from MIT.

A Startup's Road to
a Self-Driving Future