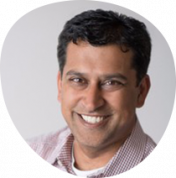 Mr. Shishir Mehrotra is a Director of Spotify Technology S.A. since June 13, 2017 and served as Strategic Advisor to the Chief Executive Officer from December 2015 to May 2017. Mr. Mehrotra is the CEO and Co-Founder of Coda, Inc. He served as Vice President of Product and Engineering, Youtube/Video at Google Inc.

He held positions at the W3C, Taurus Telysys and the MIT Artificial Intelligence Laboratory. He is accurately regarded as one of the most knowledgeable people in digital content and technology. He has been a Director of Victorious, Inc. since July 23, 2015. He served as a Director of INVIDI Technologies Corporation.

MIT has meant a lot to me — it’s not only where I kick-started my career, it’s also where I met my wife, where I met the co-founder of my startup, and created some of the best memories of my life. Serving for MITCNC is a small way to give back.

My trip to Chinatown during my first week at MIT. A few upperclassmen took me out and quickly discovered that I grew up in a small town, and I didn’t know how to use chopsticks. They made a deal with me — if I could eat the whole meal with chopsticks, they would pay. They then ordered the slipperiest seafood possible (sidenote: I had never really had seafood either). I was determined, so after landing a few clams on the floor, I figured it out and gained a great love for Chinatown, seafood, and the “you can do anything” MIT spirit.