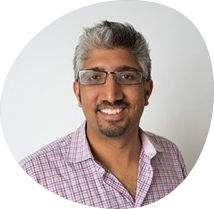 As an entrepreneur, I have founded multiple companies, the most recent being Highfive, the most complete conferencing & meeting system on the planet, offering quality and affordability without compromise.

As an investor and advisor, I have invested and worked closely with amazing companies like FoundationDB, Fivetran, Groove, Emerald Cloud Labs and more.

Between companies I have started, invested in and advised,
* I have recruited or helped to recruit 1000+ people, from senior executives to the most junior individual contributors
* I have built or advised in the building of go-to-market teams that generate $100m+ of ARR
* Raised $100m+ of capital myself and helped in the raising of another $150m+ among investments from top tier venture capital firms
* Sold or helped in 5 major acquisitions