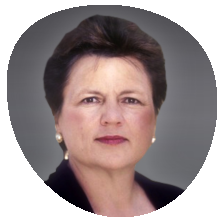 Ms. Robin Abrams, holds both a Bachelor of Arts and a Juris Doctor degree from the University of Nebraska. Ms. Robin Abrams was most recently interim CEO at ZiLOG. She had been the President of Palm Computing and Senior Vice President at 3Com Corporation.

Ms. Abrams has served several U.S. public company boards including ZiLOG and BEA Systems (until it was acquired by Oracle) and currently serving Sierra Wireless and Openwave Systems.  Ms. Abrams also serves on the Anita Borg Institute Board and several academic advisory committees.