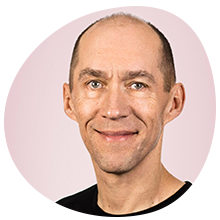 Luc Vincent is Lyft’s Executive VP of Autonomous Technology, where he leads the company’s self-driving division. Prior to that, Luc spent 12 years at Google, most recently as Sr. Director of Engineering, leading all imagery-related activities of Google’s Geo group. His team of engineers, product managers, program managers and operations experts was responsible for collecting ground-based, aerial and satellite imagery at global scale and through computer vision, 3D modeling and deep learning, make it universally accessible and useful to users around the world – from end-users on a mobile phone to geo scientists researching climate change. Luc is recognized in particular for having bootstrapped Street View and turned it into an iconic Google product, available in over 80 countries around the globe.

Before Google, Luc was Chief Scientist at LizardTech, where he was responsible for the DjVu advanced document image compression technology. Prior to that, he spent a number of years at Xerox Corporation, including a stint as Area Manager at the prestigious Xerox Palo Alto Research Center (PARC). Luc is listed as an inventor on almost 100 issued patents and has over 60 publications in the area of computer vision, image analysis and document recognition. He has served as an Associate Editor for the IEEE Transactions on Pattern Analysis and Machine Intelligence (PAMI), and for the Journal of Electronic Imaging. He has also chaired a number of IEEE, SPIE, and ISMM conferences and been invited as a keynote speaker on countless occasions.

Luc earned his B.S. from Ecole Polytechnique (France), M.S. in Computer Science from University of Paris XI, and PhD in Mathematical Morphology from Ecole des Mines de Paris. He was also a postdoc in the Division of Applied Sciences of Harvard University in 1991.