What is vertical farming and how does it work?
Can it replace farm production for urban markets and how will it impact our environment?

Today, about 50% of the world's 7+ billion people live in urban centers and by 2050, it’s projected to be nearly 80% of an even larger population.  Can the planet grow that much food on traditional farms and transport it to urban areas? There is a 70% calorie deficit between today’s consumption and what will be required by 2050, much of which is in food waste.

Ever since Malthus, prophets of doom have predicted the world's population growth will result in widespread famine, agricultural depletion, and disastrous eco-collapse. Yet, wizards of innovation like Nobel winner Norman Borlaug succeeded in kicking off the Green Revolution, with wonderful results:

Vertical farming uses less water and land, providing for neighborhood revitalization and job creation. It nearly eliminates food waste (about 25% of US methane emissions) from the current 22 to 32% experienced by retailers.

Crop One has partnered with Emirates Flight Catering to launch a $40 million joint venture to build the world’s largest vertical farming facility in Dubai.

Please join us in Morrison Foerster’s beautiful 33rd floor conference center to hear Sonia’s views on vertical farming innovation and its potential role in maximizing the consumable quantity and quality of our food while minimizing the impact on our resources, such as water, air and soils. 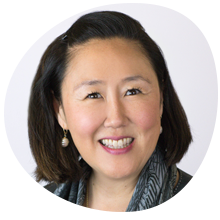