Dr. Hockfield, based on her own research and the research of colleagues, describes a likely future based on biological technologies currently under development. She enumerates developments such as a battery building virus, a ubiquitous protein that can purify drinking water, a nanoparticle based early stage cancer detection test, and machine learning leading to higher crop yields.  Such results are not far future possibilities, but near term likelihoods.

Dr. Hockfield received her doctorate in Anatomy and Neuroscience from the Georgetown University School of Medicine. After conducting research at the Cold Springs Harbor Laboratory, she joined the Yale faculty, becoming Professor of Neurobiology. She transitioned to Dean of the Graduate School of Arts and Sciences, and then served as the university's Provost. In 2004, Dr. Hockfield began serving as the president of MIT, the first biologist and the first woman to serve in that role. Merging her roles of president and biologist, she pushed for the convergence of biology and engineering.

Dr. Hockfield's book describing these results and their likely affect on our future The Age of Living Machines: How Biology Will Build the Next Technology Revolution can be purchased from Norton.

This event is co-sponsored by the MIT, Harvard, and Yale Clubs of Cape Cod, each club is handling registration of their own members. 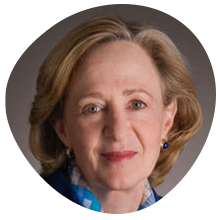