Event Brought to you by MIT Regional, West

The work of Professor Vitale covers several aspects of this new field. He is interested in the characterization of compact objects, and their formation channels, as well as in the possibility of using gravitational waves to perform strong-field tests of general relativity. He has been deeply involved with the analysis of the first two sources discovered by LIGO. At the MIT, he has developed a low-latency search for unmodeled signals, which is one of the two algorithms that discovered the first-ever gravitational wave signal. More recently, he has been investigating the possibilities of the proposed next generation of gravitational-wave observatories. 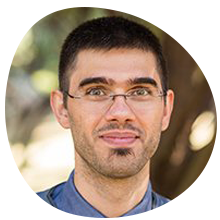