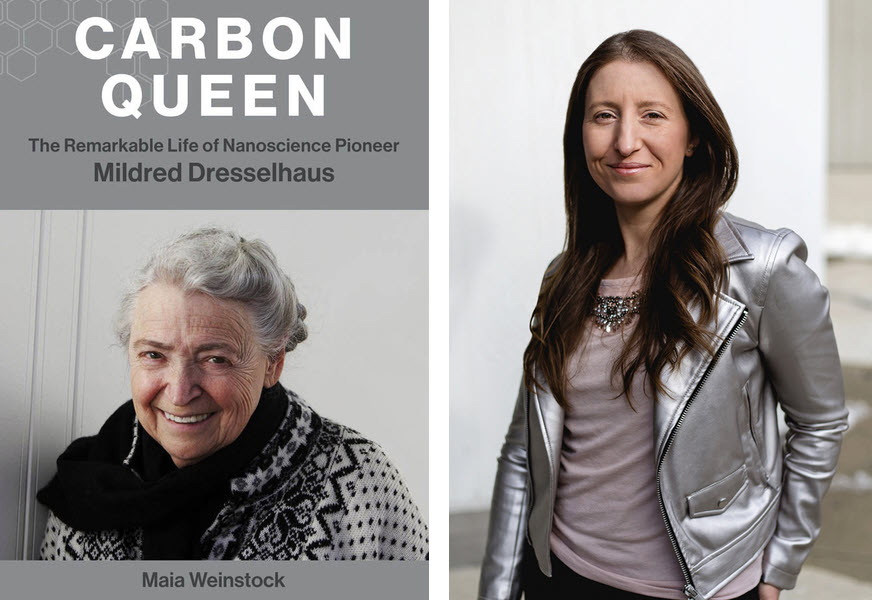 MIT Club of Washington, DC invites you to join Maia Weinstock, author of Carbon Queen The Remarkable Life of Nanoscience Pioneer Mildred Dresselhaus, for a discussion about her book and the life of Professor Dresselhaus. We will be having a free online meeting on November 10 at 7:00 pm ET with breakout sessions for people to share their thoughts and stories about Professor Dresselhaus.

Professor Dresselhaus managed to break into science despite the chauvinism she faced throughout most of her early career. She also overcame poverty and low expectations to become a pioneering scientist holding professorships in physics and electrical engineering at MIT where she spent nearly 60 years working in carbon nanoscience.

In addition to breaking barriers herself as one of the first female MIT professors, Professor Dresselhaus tirelessly supported women in STEM by keeping the door open for women at MIT while also serving in national roles supporting equality of opportunities.

The book lets you be inspired by Professor Dresselhaus’ ingenuity, tenacity, and humanity.

This event is enabled with help from the MIT Press.

Maia Weinstock is an editor, writer, and producer of science and children's media whose work has appeared in Scientific American, Discover, SPACE.com, BrainPOP, and Scholastic's Science World. She is Deputy Editorial Director at MIT News, a lecturer at MIT on the history of women in STEM, and creator of LEGO's “Women of NASA.”

Report from COP-27: Toward a Clean, Just Future?