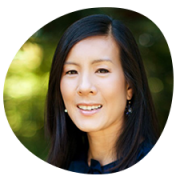 Lee joined Kleiner Perkins in 1999 and was the founding CEO of RMG Networks, a company backed by KPCB. Lee worked at Kleiner Perkins for 13 years and left in 2012.In 2012, she left KPCB to start seed-stage venture firm, Cowboy Ventures In 2017, Lee added Ted Wang to the firm as a general partner.Cowboy Ventures is one of the first female-led venture capital firms.Over the past six years, Cowboy Ventures has received three large funds, the most recent reaching $95 million.

Through Cowboy Ventures, Lee has made investments in many early-stage companies, including August  Dollar Shave Club, Accompany and Tally Technologies. She is a public advocate of increasing the number of female founders and investors in the Silicon Valley.

Lee was invited to speak at the 2018 Code Conference put on by Recode and additionally at the 2018 GeekWire Summit.She also spoke at the 2019 Silicon Slopes Tech Summit.She has appeared on Forbes’ list of The World’s 100 Most Powerful Women (position #93) and its The Top Women Investors On Midas In 2018 list (position #97), and on the Times list of 100 Most Influential People in 2019.

In 2018, Lee co-founded All Raise, a nonprofit organization which seeks to increase the amount of funding that female investors receive. Lee described the organization’s importance in saying “We believe that by improving the success of women in the venture-backed tech ecosystem, we can build a more accessible community that reflects the diversity of the world around us.

Lee earned her bachelor’s degree from the MIT Sloan School of Management in 1992. After MIT, she worked as a financial analyst for two years at Morgan Stanley.She earned her MBA from Harvard Business School in 1997.