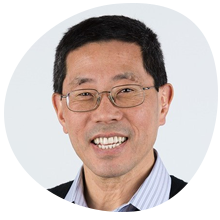 Dr. Yet-Ming Chiang is the Kyocera Professor in the Department of Materials Science and Engineering at MIT, where he has been a faculty member since 1985.

His research focuses on advanced materials and energy storage technology, in which he has published about 300 scientific papers, and holds over 80 U.S. patents, of which more than 60 have been licensed to or are held by practicing companies.

He received a BS in Materials Science & Engineering in 1980 and a ScD in Ceramics in 1985, both from MIT.

The Future of Energy Storage