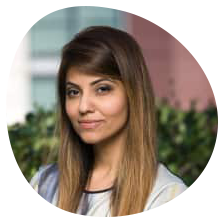 Umaimah Mendhro is the Founder & CEO of VIDA, an e-commerce company that brings mindful global citizenship and an impeccable sense of taste to style-seekers around the world through carefully selected artistic partnerships and responsibly sourced, beautiful products that connect designers, producers, and consumers. Prior to founding VIDA, Umaimah worked on business strategy for a highly selective portfolio of Silicon Valley’s most game-changing and desirable tech startups. Previously, she was the Director of Product Management in Microsoft’s Startup Business Group where she led the division’s efforts around incubation on Xbox Kinect, leading the Avatar Kinect from research to in-market and unveiling it at CES.

Umaimah is also the founder of The Dreamfly, a global initiative that connects communities in conflict around common causes through education, exposure, and empowerment. She is a graduate of Cornell University and Harvard Business School.

Umaimah grew up in rural Pakistan and is the daughter of a physician, the first in his family to go to college. Umaimah dreamt of being an artist and designer but knew that she had to be practical. After attending Cornell and Harvard and toiling many years in the tech and business industries, she finally took the leap to follow her passion. She set out to create a fashion company that also sought to break the chain of poverty often linked with textile companies established in Third World countries like Pakistan. She believes that fashion can be responsible, accessible and innovative.