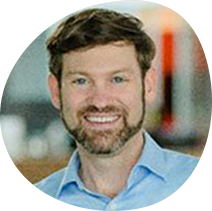 Tom is a General Partner at NextWorld Capital and leads investments in enterprise applications, the Internet of Things, and AI. He currently works on the boards of Origami Logic, Airware, and FirstFuel. Prior to joining NextWorld, Tom was a Partner on the investment team at Andreessen Horowitz where he co-led investments in Zenefits, Optimizely, Shapeways, and OpenGov.

Tom has over 12 years of operating experience, including founding a company and scaling startups to successful outcomes. Prior to Andreessen Horowitz, Tom was a product executive at Wildfire, a SaaS social marketing platform acquired by Google. Prior to joining Wildfire, Tom was Founder and CEO of Renown Labs, a social commerce startup. Before Renown, Tom spent several years at Google, first leading a sales operations team in AdWords and then as a product manager building YouTube’s monetization systems. Earlier in his career he was a product lead at Autodesk where he launched a location services platform for global wireless carriers. Tom’s first foray into Silicon Valley was as an engineer at Silicon Graphics building high-performance visualization systems.

Tom holds an M.Eng and BS in Computer Science from MIT, where he wrote his thesis on machine learning, and an MBA from Harvard Business School.

Industrial Internet and the Connected Industries