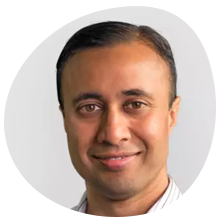 Sumit founded Quova in 1999 with fellow alums, moved to Silicon Valley in the early 00s, worked in a venture, joined Google, served in the Obama administration as a Deputy Assistant Secretary of Defense, and most recently founded Shape Security in 2011, which is now part of F5 Networks. Along the way, he spent 17 years in the Air Force Reserves and retired as a Major, having worked as a network warfare officer with tours at NSA.