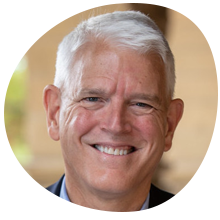 Steven Pifer is an affiliate with Stanford’s Center for International Security and Cooperation as well as a non-resident senior fellow with the Brookings Institution. His interests are nuclear arms control, Ukraine, Russia and European security.

A retired Foreign Service officer, Pifer’s more than 25 years with the State Department included assignments as deputy assistant secretary of state with responsibilities for Russia and Ukraine, ambassador to Ukraine, and special assistant to the president and senior director for Russia, Ukraine and Eurasia on the National Security Council. He also served at the U.S. embassies in Warsaw, Moscow and London as well as with the U.S. delegation to the negotiation on intermediate-range nuclear forces in Geneva. From 2008 to 2017, he was a resident scholar at the Brookings Institution, and he was a William Perry fellow at the Center for International Security and Cooperation from 2018 to 2022.

Pifer is a 1976 graduate of Stanford University with a bachelor’s in economics.