Board member and President 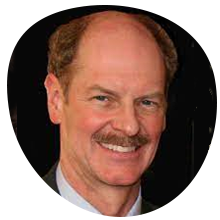 Steve Jordan serves as an elected Board member and President of Purissima Hills Water District (PHWD), and as a board member of the Bay Area Water Conservation and Supply Agency.  He also serves as Chairman of the IEEE Power and Energy Society chapter in Santa Clara Valley.  He has led PHWD’s adoption of Advanced Metering Infrastructure (AMI) and several conservation initiatives over the last 5 years, which have resulted in a 30% reduction in water consumption.

Previously he led WaterCity, Inc. which installed on site water recycling systems.  He was VP of Engineering at Poqet Computer where he led the design and introduction of the first DOS-compatible handheld PC. He previously served in management roles at Fairchild Semiconductor Co., Daisy Systems and Mostek, an early semiconductor memory innovator.

He has consulted to technology businesses for over 25 years, with a focus on developing successful growth strategies for both Fortune 100 companies and venture funded startups. He was a Partner with R. B. Webber and Co., a leading Silicon Valley technology strategy management consulting firm, and previously consulted with McKinsey and Co. in its technology practice.

He earned a BS in Electrical Engineering and a BS in Economics at MIT and an MBA at Harvard Business School.