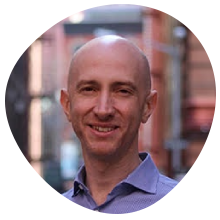 Shlomi Raz is the founder and chief executive officer of Eleusis. Since founding Eleusis in 2013, Shlomi has overseen the company’s corporate and clinical development efforts. Prior to founding Eleusis, Shlomi was a Managing Director at Goldman Sachs, and held a similar role at JPMorgan where he began his corporate career. Shlomi holds an MA in psychology from New York University and a BS in finance from Georgetown University.