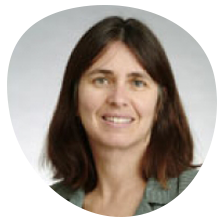 Prof. Shafi Goldwasser is the RSA Professor of Electrical Engineering and Computer Science at the Massachusetts Institute of Technology, and of computer science and applied mathematics at Weizmann Institute of Science in Israel. She is the faculty Co-Director of Fintech@CSAIL, the Director of the Simons Institute for the Theory of Computing and a professor of computer science at UC Berkeley. She is also the co-leader of the Cryptography and Information Security (CIS) Group and a member of the Complexity Theory Group within the Theory of Computation Group and the Laboratory for Computer Science.

Prof. Goldwasser’s research is focused on the development of cryptographic models, tools, and applications to facilitate maximal use of modern computing advances without giving up on our basic right “to be left alone.” She also is interested in novel paradigms in complexity theory and algorithm design concerning the use of randomness.

Prof. Goldwasser has made fundamental contributions to cryptography, computational complexity, computational number theory and probabilistic algorithms.  Her career includes many landmark papers which have initiated entire subfields of computer science.  These include creating the theoretical foundations of modern cryptography, the introduction of zero-knowledge interactive proofs, the introduction of multi-prover proofs (later known as probabilistically checkable proofs), discovering the connection between probabilistically checkable proofs and the intractability of approximation problems, showing how to use the theory of elliptic curves to distinguish primes from composites, and launching combinatorial property testing.