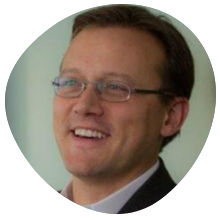 Scott leads Roku’s Platform segment, with P&L responsibility for all content and advertising initiatives, representing two-thirds of the company’s revenues and most of its profits. He has held general management, sales, product and engineering roles at companies such as Gemstar/Rovi, ReplayTV, and Intel. He also founded and worked at several TV-related startups. Most of his 25-year career has been spent at the intersection of TV and ad technologies. Scott earned a BSE in Computer Science from Princeton University and was a Fulbright Fellow to Japan. He also holds a MS in EE/CS and an MBA from MIT/Sloan.