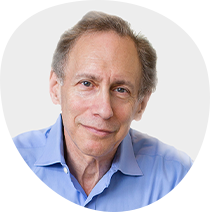 Robert S. Langer is one of 11 Institute Professors at MIT; being an Institute Professor is the highest honor that can be awarded to a faculty member. Dr. Langer has written more than 1,500 articles. He also has over 1,400 issued and pending patents worldwide. Dr. Langer’s patents have been licensed or sublicensed to over 400 pharmaceutical, chemical, biotechnology and medical device companies. He is the most cited engineer in history (h-index 281 with over 326,000 citations according to Google Scholar).

He served as a member of the United States Food and Drug Administration’s SCIENCE Board, the FDA’s highest advisory board, from 1995 — 2002 and as its Chairman from 1999-2002.

Dr. Langer has received over 220 major awards. He is one of 3 living individuals to have received both the United States National Medal of Science (2006) and the United States National Medal of Technology and Innovation (2011). He also received the 1996 Gairdner Foundation International Award, the 2002 Charles Stark Draper Prize, considered the equivalent of the Nobel Prize for engineers, the 2008 Millennium Prize, the world’s largest technology prize, the 2012 Priestley Medal, the highest award of the American Chemical Society, the 2013 Wolf Prize in Chemistry, the 2014 Breakthrough Prize in Life Sciences and the 2014 Kyoto Prize. In 2015, Dr. Langer received the Queen Elizabeth Prize for Engineering. Among numerous other awards Langer has received are the Dickson Prize for Science (2002), the Heinz Award for Technology, Economy and Employment (2003), the Harvey Prize (2003), the John Fritz Award (2003) (given previously to inventors such as Thomas Edison and Orville Wright), the General Motors Kettering Prize for Cancer Research (2004), the Dan David Prize in Materials Science (2005), the Albany Medical Center Prize in Medicine and Biomedical Research (2005), the largest prize in the U.S. for medical research, induction into the National Inventors Hall of Fame (2006), the Max Planck Research Award (2008), the Prince of Asturias Award for Technical and Scientific Research (2008), the Warren Alpert Foundation Prize (2011), the Terumo International Prize (2012), the Benjamin Franklin Medal in Life Science (2016), the Kabiller Prize in Nanoscience and Nanomedicine (2017), the Dreyfus Prize in Chemical Science (2019) and the Medal of Science (Portugal’s highest honor, 2020). In 1998, he received the Lemelson-MIT prize, the world’s largest prize for invention for being “one of history’s most prolific inventors in medicine.” In 1989 Dr. Langer was elected to the National Academy of Medicine, in 1992 he was elected to both the National Academy of Engineering and to the National Academy of Sciences, and in 2012 he was elected to the National Academy of Inventors.