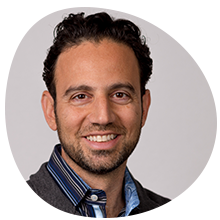 Improved Zynga Cityville monetization by 13%. Created SDKs to provide a SaaS platform for gaming including analytics, social, storage, leaderboards, on all platforms.

Product lead for the Google initiative to Make the web faster. Added the speed signal to Google’s search algorithm. Improved monetization for AdSense on mobile by 10% and increased run rate for AdSense by $50 MM.

Created analytics products for performance (Page Speed) that enable webmasters and web developers to speed their sites and increase their revenue.

Built a team that created a speed module for the Apache HTTP Server and partnered with the largest hosting provider (Go Daddy) on its successful deployment.

Worked closely with the video and Chrome teams to create a new image format WebP, to replace JPEG and GIF. WebP has been adopted by Facebook, Firefox, GMail and Netflix among others. WebP was highlighted in “20 Things I Learned about Browsers and the Web”, Official Honoree in three categories in the 2011 Webby Awards.

Worked on HTML5 standardization and helped set up the Web Performance Group in the W3C.