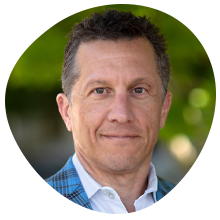 Pasquale (Pat) Romano is President & CEO of ChargePoint and a member of the company’s board of directors. Pat joined ChargePoint in February 2011, bringing more than 30 years of technology industry leadership and executive management experience to the company.

In 1998, he co-founded 2Wire, which was acquired by Pace plc for $475 million in 2010. Previously, Pat held multiple positions in marketing and engineering at Polycom. In 1989, he co-founded Fluent Inc., a digital video networking company and served as Chief Architect until it was sold to Novell in 1993.

He is currently a member of President Biden’s National Infrastructure Advisory Council (NIAC) and an advisor to Linse Capital.  Pat holds an undergraduate degree in computer science from Harvard University and received dual Master of Science degrees from MIT in 1990.

EVs at the Tipping Point
What Can Go Wrong?