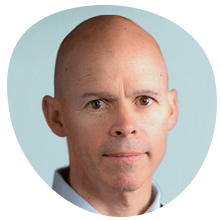 Mike Cassidy is the CEO of Apollo Fusion, Inc.  Mike Cassidy was recently a Vice President at Google.  He was the Project Leader of GoogleX’s Project Loon (balloon-powered Internet for everyone).  Prior to joining Google, Mike was the Co-Founder and CEO of four start-ups: Ruba, Xfire, Direct Hit, and Stylus Innovation.  Ruba helped travelers share their favorite places and was acquired by Google. Xfire helps gamers play online with their friends and was acquired by MTV for $110 million.  Direct Hit was a revolutionary search engine whose customers included MSN, Lycos, AOL, etc. and was acquired by Ask Jeeves for $500 million. Stylus Innovation’s flagship product was computer telephony software Visual Voice.  Artisoft acquired Stylus for $13M. Mike has a BS/MS in Aerospace Engineering from MIT. He graduated from Harvard Business School. He studied jazz piano at Berklee College of Music. He has been an advisor to Endeavor.org, StartX, Tim Berners-Lee’s WebFoundation, From the Top, Jazz at Lincoln Center, and over 200 startup companies.  He has four patents. He was selected for the DEMO Lifetime Achievement Award, nominated for a Webby award, and named a Forbes E-gang Trendsetter. His startup products have won PC Magazine’s Top 100 Websites, Computer Telephony Product of the Year, CNET Editor’s Choice, PC Magazine’s Editor’s Choice, and many other awards.