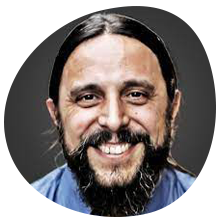 Michael is a senior editor at Forbes, where he covers cryptocurrencies and other blockchain applications. His writing has been published in the New Yorker, Coindesk, Silicon Valley Business Journal, New York Business Journal, and elsewhere.

He earned his M.S. from Columbia University’s Graduate School of Journalism. He studied at Mercer University and Oxford University before moving to New York City. He then co-founded Literary Manhattan to promote the area’s literary heritage and is a founding board member of Pen Parentis, which showcases parents who write.