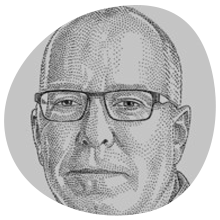 Prior to joining QuinStreet in 2014, Mr. Collins served as vice president of corporate development at Bloom Energy, a distributed energy provider, where he was in charge of all corporate development and legal matters. Prior to that, Mr. Collins was the general counsel and head of internal audit at Novellus Systems. He was also previously in charge of M&A and corporate/securities matters for Oracle Corporation’s legal department.

Mr. Collins received his law degree from Georgetown and holds a B.A from Williams College.