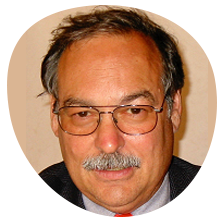 He was a staff member of the Ford Foundation Energy Policy Project (1972-74) and of SRI International (1975-1979). Since joining Lawrence Berkeley National Laboratory (LBNL) in 1979, he has served as group leader, department head, and division director and presently serves as Senior Advisor. He is also currently advisor to the California-China Climate Institute at UC Berkeley, an organization founded and chaired by former Governor Jerry Brown and former Minister Xie Zhenhua of China.

He is the recipient of seven major awards (four international). He was a senior member of the team of the Intergovernmental Panel on Climate Change (IPCC) that won the 2007 Nobel Peace Prize. He has served on the boards of 8 leading non-profits and on the editorial boards of three leading journals in his field. A major, lasting achievement has been his unique role in creating three vital and long-lived institutions promoting clean energy in China: China Energy Group (LBNL); Energy Foundation – China; and Beijing Energy Efficiency Center. These organizations have very effectively served as change agents in a variety of ways for energy in China.

Dr. Levine has published more than 150 journal articles, book chapters, and reports in his area of expertise.