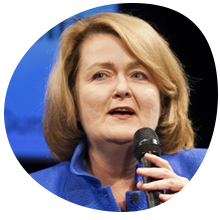 Loretta M. Lynch is a former California Public Utilities Commission (CPUC) President.  She is now a lawyer, writer and progressive political activist.  At the CPUC, she fought against gouging and manipulation by energy sellers throughout the California energy crisis in 2000–2001 and opposed PG&E’s first bankruptcy bailout.  One of the first critics of energy deregulation, she is a strong advocate for keeping prices reasonable and for converting from fossil fuels to renewable energy.  Ms. Lynch has lectured at UC Berkeley’s Goldman Public Policy School and served as a visiting scholar at the UC Berkeley Institute for Governmental Studies. She has served on the boards of several California-based environmental groups. Ms. Lynch earned a JD from Yale University Law School and a BA in political science from the University of Southern California.