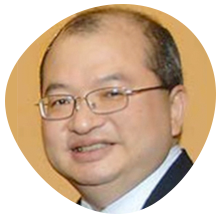 Arthur Lee is a Chevron Fellow and Senior Strategy Advisor within Chevron’s Corporate Strategy and Sustainability group. Arthur has been involved in a wide range of climate change issues from the science to global policy and business impacts from 1998 to now. He continues to participate in the Intergovernmental Panel on Climate Change (IPCC) process since the third assessment report (2001). The IPCC recognized him and other researchers with a certificate for contributions to the award of the Nobel Peace Prize (2007). Further, he continues to participate in the IPCC in its Sixth Assessment serving currently as a Review Editor.

Arthur was appointed by the U.S. Secretary of Commerce to serve as a member of the National Climate Assessment Development and Advisory Committee (2011-2014), for which he received a signed recognition letter from President Barack Obama (2014). He was also a member of the Board on Atmospheric Sciences and Climate of the National Academy of Sciences (2008-2013). He serves on the board of directors of the International Emissions Trading Association (2014 – present).

In 2008, Arthur was appointed Chevron Fellow by the chairman and CEO of Chevron Corporation in recognition of his sustained contributions to air quality and carbon management.

Arthur continues to be an official observer on behalf of business and industry at the United Nations Framework Convention on Climate Change negotiations each year since COP5 Bonn (1999) to COP25 (Madrid, 2019), representing IPIECA, the international petroleum industry association focused on raising environmental and social performance and advancing the energy transition.