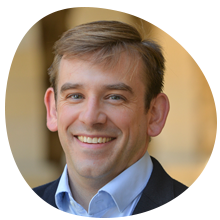 Kharis Templeman is a lecturer at the Center for East Asian Studies at Stanford University and a Research Fellow at the Hoover Institution, where he is the program manager of the Project on Taiwan in the Indo-Pacific Region. His areas of expertise include democratic transitions and consolidations, comparative parties and elections, and the politics of Taiwan. He is the editor (with Larry Diamond and Yun-han Chu) of Taiwan’s Democracy Challenged: The Chen Shui- bian Years (2016) and Dynamics of Democracy in Taiwan: The Ma Ying-jeou Years (2020). His other peer-reviewed research has been published in Comparative Political Studies, Ethnopolitics, Journal of Democracy, International Journal of Taiwan Studies, and Taiwan Journal of Democracy, along with several book chapters. He has also written articles on Taiwan policy issues for the Brookings Institution, Atlantic Council, Foreign Affairs, Taiwan Insight, War on the Rocks, and The Diplomat. Dr. Templeman is a member of the U.S.-Taiwan Next Generation Working Group, a 2019 National Asia Research Program (NARP) Fellow at the National Bureau of Asian Research (NRB), and a country coordinator for the Varieties of  democracy project. From 2016-18 he led the American Political Science Association’s Conference Group on Taiwan Studies (CGOTS). He holds a B.A. (2003) from the University of Rochester and a Ph.D. (2012) in political science from the University of Michigan.