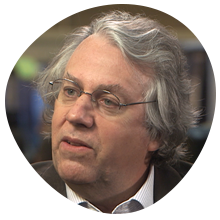 Emanuel’s initial focus was on the dynamics of rain and snow banding in winter storms, but his interests gradually migrated to the meteorology of the tropics and to climate change. His specialty is hurricane physics and he was the first to investigate how long-term climate change might affect hurricane activity, an issue that continues to occupy him today. His interests also include cumulus convection, and advanced methods of sampling the atmosphere in aid of numerical weather prediction.

Emanuel is the author or co-author of over 200 peer-reviewed scientific papers, and three books, including Divine Wind: The History and Science of Hurricanes, published by Oxford University Press and aimed at a general audience, and What We Know about Climate Change, published by the MIT Press and now entering its third edition. He was a co-founder and co-director of MIT’s Lorenz Center, a climate think tank devoted to basic, curiosity-driven climate research.