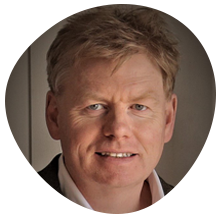 Dr. John J. Leonard is the Samuel C. Collins Professor in the MIT Department of Mechanical Engineering and a member of the MIT Computer Science and Artificial Intelligence Laboratory (CSAIL).

He is the recipient of an NSF Career Award (1998) and the King-Sun Fu Memorial Best Transactions on Robotics Paper Award (2006).  He is an IEEE Fellow (2014).  Since 2016, Professor Leonard has also worked at Toyota Research Institute, where he is part of a team that is creating the Toyota Guardian automated driving system.

MIT on the Road
The Reality and Future
of Automated Driving