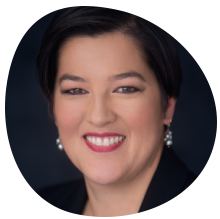 Irena Asmundson is the Chief Economist of the California Department of Finance. She directs the periodic economic, revenue, and population projections; reviews economic impact analyses of California’s major regulations; and provides advice on economic policy issues for the Governor’s Administration. Prior to joining the department, she was a Senior Economist at the International Monetary Fund and a Staff Economist on the President’s Council of Economic Advisers.
A second-generation California native, Ms. Asmundson received her Ph.D. in Economics from Stanford University and her bachelor’s degrees in Mathematics and Economics from the Massachusetts Institute of Technology.