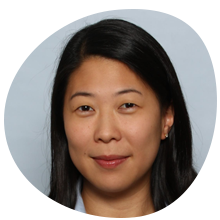 Hannah Choi Granade is the founder and CEO of mLogg Inc., a software business that applies artificial intelligence to support “gig” workers in financial services.  Previously, she led the SPQR team at Senator Investment Group, which used big data analytics and fundamental research to make investments in public equities.  Before Senator, Hannah was the CEO of a private equity-backed clean-tech company that was recognized as a World Economic Forum Pioneer and a Bloomberg Tech Pioneer.  She began her career with ten years at McKinsey & Company where she was a partner, consulting for energy companies on issues of market structure, regulation and strategy.  Hannah was a lead author of the publication Unlocking Energy Efficiency in the U.S. Economy, sponsored by the Department of Energy, the EPA and investor-owned utilities.  Fast Company named Hannah one of the 100 Most Creative People in business and The Boss column profiled her in the Sunday New York Times.  Hannah received an BA in Philosophy from Harvard in 2001.