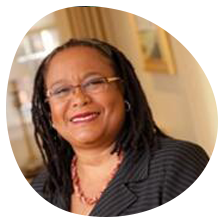 Evelynn Hammonds is the Barbara Gutmann Rosenkrantz Professor of the History of Science and Professor of African and African-American Studies at Harvard University, and former Dean of Harvard College. She is the author of Childhood’s Deadly Scourge: The Campaign to Control Diphtheria in New York City , 1880–1930 (Johns Hopkins University Press, 1999). She has published articles on the history of disease, race and science, African American feminism, African American women and the epidemic of HIV/AIDS, and analyses of gender and race in science and medicine. She is also the author of the article is “Gendering the Epidemic: Feminism and the Epidemic of HIV/AIDS in the United States, 1981-1999” which appears in Science, Medicine, and Technology in the 20th Century: What Difference Has Feminism Made? (2000).

Professor Hammonds earned a Ph.D. from Harvard University Department of History of Science, an S.M. in physics from MIT, a B.E.E. in electrical engineering from the Georgia Institute of Technology, and a B.S. in physics from Spelman College. She was the founding director of the MIT Center for the Study of Diversity in Science, Technology, and medicine. Professor Hammonds has been a Visiting Professor at UCLA and Hampshire College.

Connecting Communities: A Conversation on Race, LBGTQ+ Identity and STEM