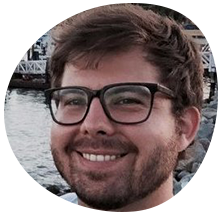 I cover privately held, venture-backed technology companies for Bloomberg — in a word, startups.

I’ve written a number scoops about Uber and Lyft’s private financial information, including the fact that Uber lost more than $1.2 billion in the first half of 2016. I’ve written stories about Dropbox, Zenefits, Uber, Lyft and Airbnb for Businessweek. I regularly appear on Bloomberg TV, MSNBC, KQED, This Week in Startups and others to talk about the tech industry.

Before working at Bloomberg I was the first employee at The Information. I broke the news that Amazon planned to acquire Twitch — a $1.1 billion acquisition. I wrote about the sharing economy’s independent contractor dilemma before the topic was mainstream. I raised questions about the benevolence of Facebook’s Internet.org project before the backlash in India.

I’m in regular contact with top Silicon Valley investors, startup CEOs and others. I’m always on the hunt for scoops to break news and challenge the party line. I regularly write anonymously sourced stories about what’s really going on at startups in Silicon Valley. I don’t reveal my sources.

Reach out if you’ve got a news tip or have an idea for a story. enewcomer@bloomberg.net. I’m on Signal, Telegraph, Whisper etc.