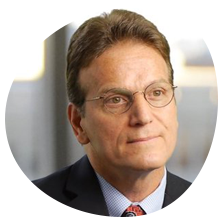 Doug Criscitello is the former Executive Director of MIT’s Golub Center for Finance and Policy, is now a Managing Director at Grant Thornton LLC. Previously he served as CFO at the U.S. Department of Housing & Urban Development, where he was appointed by President Obama. Earlier in his career, he worked at the Office of Management and Budget and also the Congressional Budget Office. In the private sector, he covered governments within JPMorgan’s Financial Institutions Group.