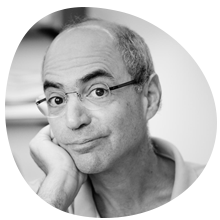 Daniel H. Rothman received his undergraduate degree in applied mathematics from Brown University in 1979 and his PhD in geophysics from Stanford University in 1986. He is currently a professor of geophysics in the Department of Earth, Atmospheric, and Planetary Sciences (EAPS) at MIT, where he has been on the faculty since 1986.

In 2011 he cofounded the Lorenz Center, an interdisciplinary research center at MIT devoted to developing the foundations of climate science.  Rothman has held visiting appointments at the University of Chicago, Ecole Normale Supérieure and Harvard’s Radcliffe Institute for Advanced Study.  He is a Fellow of the American Physical Society and the American Geophysical Union, and the recipient of the 2016 Levi L. Conant Prize from the American Mathematical Society.

His research spans several fields—including fluid mechanics, complex systems, and earth-system dynamics—in which he uses methods of applied mathematics and statistical physics to learn how the natural environment works.