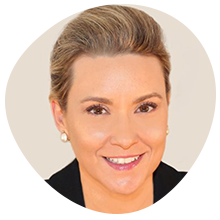 In the early days of the Internet, MIT Media Lab alumna Cristina Dolan co-founded OneMain.com, which grew to be the tenth largest ISP after a successful IPO. At OneMain, Cristina served as the provider’s Geographic Communities Division President & Strategic Alliances Officer. In only five months, she conceived and built the OneMain cornerstone, Geographic Communities, into a profitable business. At its launch, the company’s IPO became the largest Internet public offering at its time, surpassing Amazon’s and eBay’s respective IPOs.

Later in her career, Cristina held executive roles at IBM & Oracle where she led sales, business development, and product marketing and won numerous leadership and sales awards. She was a senior executive in lead technology roles several Hearst & ABC/Disney Internet properties. Cristina has been an investor and adviser to several start-ups and MIT spin-outs and was a Rudyard Partners General Partner.

In October 2013, Cristina launched Dream it. Code it. Win It., a non-profit organization to promote computer science education and reward creativity in the field with over $250,000 in cash and prizes. Traders Magazine honored Cristina for her efforts in 2014 with a Charitable Works Award for the program. In 2015, Dream it. Code it. Win it. won two Stevie Awards, a Gold for Organization of the Year and Silver for Startup of the Year. In addition, Cristina won two Silver Stevie Awards for Female Innovator of the Year & Female Executive of the Year.

Cristina is the Chair of the MIT Enterprise Forum. She is the former President of the MIT Club of New York and former member of the MIT Alumni Association Selection Committee. She has a Master of Media Arts & Science from the MIT Media Lab, where she focused on interactive storytelling and information. Currently, Cristina serves as the Head of Corporate Marketing & the Head of Content, Community & Communications Products at TradingScreen, a software company serving institutional financial traders.