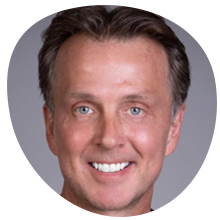 Bill Barhydt was born in NYC and now resides near San Francisco – he is a serial entrepreneur and pioneer in Internet and media technologies. Bill is founder and CEO of Abra which enables myriad crypto banking services for customers in over 100 countries. As an expert in Internet and Mobile tech Barhydt has presented at over 100 conferences including WEF, US State Department, MWC, and he gave the first ever TED Talk on Bitcoin in 2012. Bill has worked in R&amp;D at the CIA and NASA and spent several years at Goldman Sachs. In Netscape’s early days, Bill helped build some of the infrastructure that underpins the consumer Internet we use today.