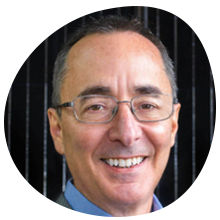 Other Affiliations : University of Pennsylvania - The Wharton School - MBA '86

Barry Cinnamon is a long-time advocate of renewable energy and is a widely recognized solar power expert. He is the host of the weekly Energy Show on KDOW radio and Renewable Energy World.

Based on his goal of reducing rooftop solar installation costs, Mr. Cinnamon developed the Spice Solar integrated racking system. He’s also returned to his rooftop roots doing installations in the San Jose area with his team of skilled installers at Cinnamon Solar.

Mr. Cinnamon started his career in the late 1970’s as a researcher into new flat plate and concentrating collector designs, and developed the first residential energy audit program for utilities. He went on to design and install active solar, passive solar and ground coupled heat pump systems.

In 2001 he founded Akeena Solar – which he took public in 2006 and grew to become the largest national residential solar installer by the middle of the decade. He partnered with Westinghouse to create Westinghouse Solar in 2010, and merged the company with CBD Energy in 2012.

His pioneering work on reducing costs of rooftop solar power systems led to over 30 issued and applied for patents, including a number of products that transformed the solar industry — including Andalay, the first solar panel with integrated racking, grounding and wiring; the first UL listed AC solar panel; the first fully “plug and play” AC solar panel; and the Spice Solar Built-In Racking System.

Is There a Microgrid In Your Future?