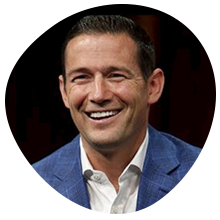 Other Affiliations : The College of New Jersey - BBA

Al Guido was named President of the San Francisco 49ers on February 15, 2016. Guido oversees all key business initiatives for the team.

Prior to being named President, Guido served as the team’s chief operating officer from 2014 to 2016. Under his direction, the construction and year-one operations of Levi’s Stadium exceeded all projections – finishing under budget on construction, with lower public debt than expected, delivering $2.8 million to the City of Santa Clara general fund from non-event revenue in just the first eight months of operations, and fully funding reserve cash balances for the Santa Clara Stadium Authority.

Guido led the sales team that made the stadium a reality, highlighted by the record-setting Stadium Builders License sales campaign for the stadium’s seats and suites that generated nearly half of the $1.2 billion construction cost of the stadium. The team has signed more than a dozen partners investing seven-figures annually for 10 years, including Levi’s Stadium naming rights at $220 million, with more than $650 million in corporate partnership investment.

Creating a technologically enhanced game day experience that is influencing sports venues across North America and around the world, the strategy for Levi’s Stadium developed by Guido and the 49ers executive management team has already garnered international recognition, most notably the Sports Business Journal 2015 Sports Facility of the Year and Venue of the Year at the 2015 Stadium Business Awards in Barcelona, Spain.

Prior to being elevated to his former role as chief operating officer in 2014, Guido worked on behalf of the 49ers and the Santa Clara Stadium Authority as the senior vice president of global sales for Legends beginning in 2010. In that capacity, he led a suite and SBL sales initiative for Levi’s Stadium that achieved record-setting results by totaling more than $530 million.

Before joining Legends, Guido served as sales manager for the Dallas Cowboys. In that role, he managed the premium seat department for Cowboys Stadium (now AT&T Stadium) that broke industry records for PSL sales totaling over $600 million.

Guido joined the Cowboys after having served as the senior director of ticket sales for the Phoenix Coyotes of the National Hockey League. During his term, the Coyotes achieved the first revenue increases in the 10-year history of the franchise and finished in the top five in the NHL for new business sales.

A native of Washington Township, NJ, Guido began his career in the sports and entertainment industry with Comcast-Spectacor, owner and operator of the NBA’s Philadelphia 76ers, NHL’s Philadelphia Flyers, AHL’s Philadelphia Phantoms, Comcast SportsNet and the Wachovia Complex. Guido later served as director of business development for the Lakewood Blueclaws (a minor-league affiliate of the Philadelphia Phillies).

A Board Member of City Year San Jose/Silicon Valley, a contributor to the Navy Seal Foundation, Board Member of the Coach K/Fuqua School of Business, and serving on the Advisory Board at the San Jose State Institute for Study of Sport, Society & Social Change, and the Advisory Council at the Positive Coaching Alliance, Guido received his bachelor of business administration from the College of New Jersey, where he played wide receiver for the school’s football program. In 2016, Guido was named to the Forty Under 40 list by both the Sports Business Journal and the San Francisco Business Times, for demonstrating industry excellence and innovation early in his career. He and his wife, Thea, have three daughters, Estella, Sloane and Tatum.