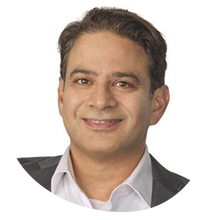 Before going on leave from Stanford University, Rami was pursuing his M.S. in Materials Science and Engineering at Stanford, where he was a member of Stanford’s Honors Coop Program. Rami is also a graduate of Purdue University where he earned a B.S. in Computer & Electrical Engineering and a graduate of M.I.T. where he earned an MBA in finance & where he was named the Henry du Pont III Scholar.