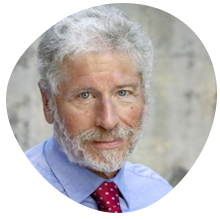 Morgan Kousser is charting the history of the Voting Rights Act in an effort to influence the future of democracy in the United States. Most broadly speaking, he’s examining what history can reveal about the paths toward and away from a just society. His research has focused on minority voting rights, the history of education, and the legal and political aspects of race relations in the nineteenth and twentieth centuries, including recent analysis of how discriminatory institutional rules and structures in voting and education have been attacked, changed, reestablished, and challenged yet again. He is interested in how egalitarian rules and structures have developed and how relationships between various racial and ethnic groups have emerged and been altered.

Kousser is currently working on two books concerning judicial cases and state legislative actions on racial discrimination in nineteenth- and early twentieth-century public schools. The first book concerns the first U.S. Supreme Court case on the subject, and the second surveys all the local, state, and federal cases and laws. He has written four books and more than 200 scholarly articles, book reviews, dictionary and encyclopedia entries, papers for scholarly conventions, and talks for universities. From 2000 to 2013, he was the editor of the journal Historical Methods, and he has served on the editorial boards of several other journals.

His book Colorblind Injustice: Minority Voting Rights and the Undoing of the Second Reconstruction was the co-winner of the Lillian Smith Book Award of the Southern Regional Council in 1999 and the winner of the Ralph Bunche Award of the American Political Science Association in 2000. He received Caltech’s Richard P. Feynman Prize for Excellence in Teaching in 2011 and its ASCIT Teaching Award in 1989 and 2013.

Kousser was a visiting instructor at the University of Michigan in the summer of 1980, a visiting professor at Harvard University in the fall of 1981, and an adjunct professor of history at Claremont Graduate School in 1993. In 1984–85, he was the Harold Vyvyan Harmsworth Visiting Professor of American History at Oxford University.