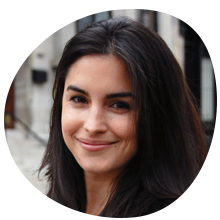 Merve Emre is associate professor of English at the University of Oxford. She is the author of Paraliterary: The Making of Bad Readers in Postwar America (Chicago: University of Chicago Press, 2017), The Ferrante Letters (New York: Columbia University Press, 2019), and The Personality Brokers (Doubleday: New York, 2018), which was selected as one of the best books of 2018 by the New York Times, the Economist, NPR, CBC, and the Spectator. She is the editor of Once and Future Feminist (Cambridge: MIT, 2018) and a centennial edition of Mrs. Dalloway, forthcoming from Liveright.

Merve’s essays and criticism have appeared in publications ranging from The New York Review of Books, Harper’s, The New York Times Magazine, The Atlantic, and the London Review of Books to American Literature, American Literary History, and Modernism/modernity. In 2019, she was awarded a Philip Leverhulme Prize, and her work has been supported by the Whiting Foundation, the American Academy of Arts and Sciences, the Leverhulme Trust, and the Institute for Advanced Study in Berlin, where she will be a fellow from 2020-2021. She is currently finishing a book titled Post-Discipline: Literature, Professionalism, and the Crisis of the Humanities and starting a book called Woman: The History of an Idea.

The Strange History of Personality Testing and its Continued Allure - POSTPONED