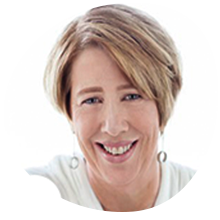 Mary Lou creates bold visions of the future. She invents novel hardware/software systems on the hairy edge of what the physics will do, builds the team and product, and delivers this to mass production. She is acclaimed for her work at Google [x], Facebook, Oculus, and One Laptop per Child in consumer electronics, computers, TV, VR, wearables, healthcare and software.

Until mid-2016 she founded and led advanced consumer electronics and virtual reality at Facebook and Oculus. Previously she had a similar role at Google and Google [x], where she was also a close advisor to Sergey Brin. She co-founded One Laptop per Child (OLPC) with Nicholas Negroponte, and was the lead inventor and architect of the $100 laptop. She built OLPC’s partnerships throughout Asia to deliver the $100 laptop into high volume production. She has worked extensively with the Asian manufacturing hubs in Taiwan, China, Japan and Korea, living in Taiwan for six years. Her startup CEO experience includes the world’s only fabless display screen company which was based in Taipei. She was also a professor at MIT and RMIT. She holds a PhD in Optical Physics (Photonics) and an Sc.B in Electrical Engineering both from Brown University as well as an Sc.M. in Computational Holography from the MIT Media Lab.

She is an inventor of over 200 published or issued patents.

She has been recognized with many awards including: TIME magazine’s “Time 100” as one of the 100 most influential people in the world; a CNN top 10 thinker; and by the leading global professional societies in optics, display and electronics. She is a board director for Lear Corp. (NYSE:LEA), a $20B tier-1 automotive component supplier. She has broad advisory experience including government level in Peru, Uruguay, China, Taiwan, Brazil, USA, the White House and the United Nations.