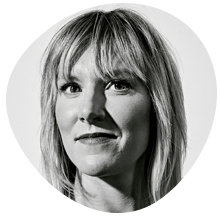 Lynn Jurich is chief executive officer and co-founder of Sunrun (Nasdaq: RUN), the nation’s leading residential solar, battery storage and energy services company. With Sunrun co-founder Ed Fenster, Lynn invented the business model “solar-as-a-service” that unlocked access to clean, affordable energy directly from residential rooftops. Today with more than $3 billion in installed solar systems across 22 states, Puerto Rico and the District of Columbia, Sunrun is revolutionizing how consumers generate and store electricity using rechargeable home solar and batteries. Before Sunrun, Lynn worked at Summit Partners, where as one of few female venture capitalists, she completed investments with an aggregate market value of over $900 million in the financial services and technology sectors. Lynn was named one of Fast Company’s Most Creative People in Business in 2013 and Forbes’ Women to Watch in 2015. Lynn earned her BS in Science, Technology and Society and MBA from Stanford University. Lynn serves on the Board of Directors of Generate Capital and is a member of the Stanford Graduate School of Business Advisory Council. In her free time, Lynn brings her competitive spirit to the tennis court and nurtures her appreciation of nature with long walks. As a mom, she also loves spending time with her children and husband.

As Lynn puts it – “Creating a sustainable planet is both our greatest societal challenge and our greatest durable economic opportunity. I decided to focus on solar when I was flying back from a trip in Asia and I saw the massive impact coal and pollution was having on our environment. I wanted to do something at scale to help us use our resources more efficiently to support global growth. When Ed and I met in graduate school and eventually decided to co-found Sunrun, 100% of people told us it was a mistake and that I was crazy to leave my job in private equity. But I believed in the possibility to power our entire world with the sun and wanted to build a community to do it. We believed that solar could best be used in the hands of the people, establishing a cleaner, more affordable and more resilient energy future.”