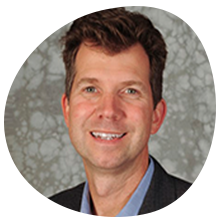 Jeff Welser is the Vice President and Lab Director of IBM’s Almaden Research Center in San Jose, California, directing groups researching nano electronics & materials, big data analytics, cognitive computing, and computing & storage as a service. Jeff received his PhD in Electrical Engineering from Stanford University. He originally joined IBM in 1995, working on novel silicon devices at the T.J. Watson Research Center, while also working at the time as an adjunct professor at Columbia University, teaching semiconductor device physics. In 2000, he took an assignment in Technology group headquarters, and then joined the Microelectronics division in 2001, as senior manager for the high-performance CMOS device design groups. In May 2003, he was named Director of high-performance SOI and BEOL technology development, in addition to his continuing work as the IBM Management Committee Leader for the Sony, Toshiba, and AMD development alliances. In late 2003, Dr. Welser returned to the Research division as the Director of Next Generation Technology Components, looking at technology, hardware, and software components for future IT systems. Jeff was on assignment starting in 2006 to the Semiconductor Research Corporation (SRC) to be the Director of the Nanoelectronics Research Initiative (NRI), a consortium of leading U.S. Semiconductor firms which partners with NIST, NSF, and state governments to support university-based research on future nanoscale logic devices to replace the CMOS transistor in the 2020 timeframe. Before taking his current role, he was the Director of IBM’s Accelerated Discovery Lab and Services Research group, managing research into improved business processes, software, and technology to enable IBM’s Global Services divisions. Jeff is a member of the IBM Academy of Technology, an IEEE Fellow, a member of the American Physical Society, and has served on numerous Federal agency and Congressional panels on advanced semiconductor technology.