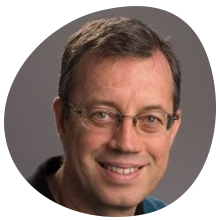 Ion Stoica is the Executive Chairman of Anyscale, which he co-founded in 2019, and the Executive Chairman of Databricks, which he co-founded in 2013. He is also a Professor in the EECS Department at UC Berkeley, where he currently leads RISELab, a 10+ faculty lab, which focusses on developing technologies for enabling intelligent, real-time decisions on live data with strong security REAL-TIME INTELLIGENT SECURE EXECUTION. Previously, he was a co-director of AMPLab AMP Lab – UC Berkeley , and the PI (Principal Investigator) for several highly successful open source projects, Apache Spark, Apache Mesos, and Alluxio (formerly Tachyon). He is an ACM Fellow and has received numerous academic awards. He also co-founded three startups, Anyscale (2019), Databricks (2013), and Conviva (2006).