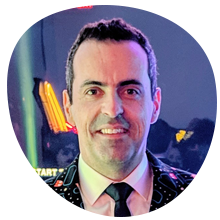 Hugo Barra is the VP of ARVR Partnerships at Facebook based in NYC, and until recently led the Oculus team in Menlo Park. Prior to Facebook, Hugo lived in Beijing for 4 years and was Vice President of Xiaomi’s Global division, responsible for the company’s products and operations in all markets outside of China. Before that, he served as Vice President of Android Product Management at Google, overseeing global development of the Android operating system. At MIT, Hugo received two undergrad degrees in Courses 6 & 15 (’00) and an M.Eng. (’02). His first job was an IAP externship in the DisneyQuest VR project at Walt Disney Imagineering in LA, and his first company out of MIT was a mobile software startup called LOBBY7, founded in 1999 with fellow MIT classmates. Hugo is originally from Brazil and was an active member of MIT’s International Students Association and Club Latino. He lived at Baker House, was a member of the MIT Squash JV team, and UROP at the Media Media Lab and AI Lab. His favorite activity in the Bay Area are salsa nights at Cigar Bar.

How is AR and VR Radically Changing Our Realities?