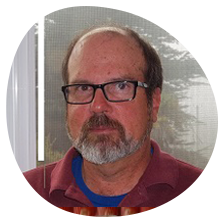 Gregg Dieguez is a co-founder of what has now become the Energy & Environment Program at the MIT Club of Northern California in 2003.  During his career, he made a lot of other people wealthy, inventing an early version of the spreadsheet before Kapor, a commercial version of Facebook before Zuckerberg, founding an automated options trading firm in 1980, and pioneering concepts in interest sensitivity and capital adequacy that are still cited in banking textbooks today.

He writes a weekly local column based in part upon his ongoing research project about the interplay among Growth, Infrastructure and Sustainability, and is currently running for an unpaid elected office on the Bay Area coast, trying to address issues of sustainability, while avoiding making real money, as he has done so successfully over the years.  Gregg has MIT degrees in Management Science (an SB degree program he co-founded) and an SM in Management Information Systems.